His stand-up comedy special The Nation Wants To Know, has played over 500 sold out shows from Mumbai to Sydney to San Francisco. His show, Empire, a comedy show based on the history of the British Empire in India, has played in 12 cities worldwide and been called “Spectacular” by CNN and “A laugh riot with brilliant ideas” by NDTV. Empire can now be seen as a comedy special on Amazon Prime UK, part of Soho Theatre Live Series 3.

Anuvab is the only Indian stand-up comedian after Russel Peters to sell out The Gotham Comedy Club in New York in record time. He’s also the only Indian comedian invited to perform at Harvard University. Times of India lists him among India’s top 5 English speaking comedians, having played over 750 shows and sold-out houses across India, the Middle East, Singapore, Hong Kong, San Francisco, South by Southwest Austin Texas, Laugh Boston, New York.

In 2016, Anuvab was chosen among the top 14 comedians in India to have his comedy special available on Amazon Prime Video among the premiere shows of Amazon’s India debut, and joined the hilarious pan-global satirical podcast The Bugle alongside Andy Zaltzman. It is with Zaltzman that he has co-created the upcoming comedy (BBC Radio4) series Empire-ical Evidence and Future Empire-Fect. Pal’s sitcom pilot titled Empire featured as part of Festival Of Funny (BBC Radio2) starring actor comedian, writer, presenter Stephen Fry.

Anuvab is also a prolific writer. He was the screenwriter of the Bollywood films Loins Of Punjab Presents & The President Is Coming, both of which screened at leading film festivals around the world. As well as the author of 4 hit stage plays: 1 888 Dial India, The Bureaucrat, and Chaos Theory, which have become bestselling novels published by Random House and Picador respectively, and The President Is Coming, which was developed by the Royal Court Theatre in London. His work has been featured internationally in Time Magazine, CNN, BBC, Wall Street Journal, Huffington Post, Vogue, Elle, The Economist, FT, The New Yorker, and many other publications. He currently writes a weekly column for The Economic Times and Times Of India.

Anuvab has turned his attention towards the UK and looks to share his observations on the British influence of India and absurdities thereof to a wider British audience. 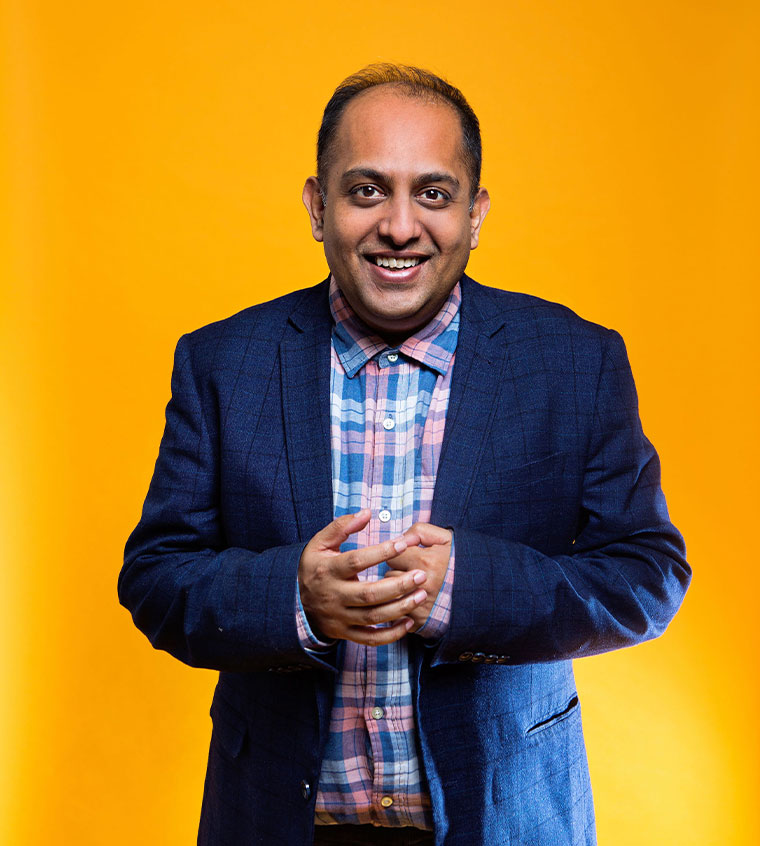