Star of FATHER TED (C4) and DEATH IN PARADISE (BBC) and guest in the last two series of DERRY GIRLS (C4), Ardal O’Hanlon is one of the best-loved stand up comedians in the world. A founding father of Dublin’s contemporary comedy scene, he moved to London where he quickly won the Hackney Empire New Act of the Year and was soon catapulted into the world of sitcom. However despite that distraction, he continues to tour his punchy but absurdist life-enhancing comedy worldwide.

As well as appearing at the major festivals – Montreal, Edinburgh, Melbourne – he presented THE STAND UP SHOW on BBC for three series. He featured on the first ever series of LIVE AT THE APOLLO (BBC) and the latest, andMICHAEL MCINTYRE’S ROADSHOW (BBC) not to mention his own. DAVE’S ONE NIGHT STAND (Dave) and a half-hour special for COMEDY CENTRAL (USA), the first overseas act to do so. He has also appeared on the likes of THE GRAHAM NORTON SHOW but tries to preserve his dignity by avoiding panel shows and reality shows. That said he has recently turned up on WOULD I LIE TO YOU? (BBC) and TASKMASTER (C4).

As well as FATHER TED, for which he won a British Comedy Award and Bafta nominations, Ardal’s acting credits include leading roles in Death in Paradise (BBC), My Hero (BBC), Derry Girls (C4), BIG BAD WORLD (ITV), BLESSED (BBC) and the RTE sitcom VAL FALVEY TD. He was also seen in AFTER HOURS (SKY) and briefly in CUCUMBER (C4). On top of that he once played a cat creature in DR WHO (BBC), a dad in LONDON IRISH (C4) and a seedy teacher in SKINS(C4). Ardal has written and presented a number of documentaries including the celebrated LEAGUES APART (about great footballing rivalries in Europe), GUESS WHO’S DEAD, and Holy F*** all for RTE, Tree of the Year (C4), SHOWBANDS (BBC) and IRELAND with Ardal O’Hanlon (More 4).

His forays into theatre include GOD OF CARNAGE (GateTheatre) and THE WEIR (West End) for which he received a nomination for an Olivier Award.

He has written an acclaimed bestselling novel, THE TALK OF THE TOWN, which was included in the book, 1001 Books You Must Read before you Die and in 2022 released his second novel, BROUHAHA.

“He is a complete joy to watch, planting the sort of silly images that bump around in your head forever.” -Guardian 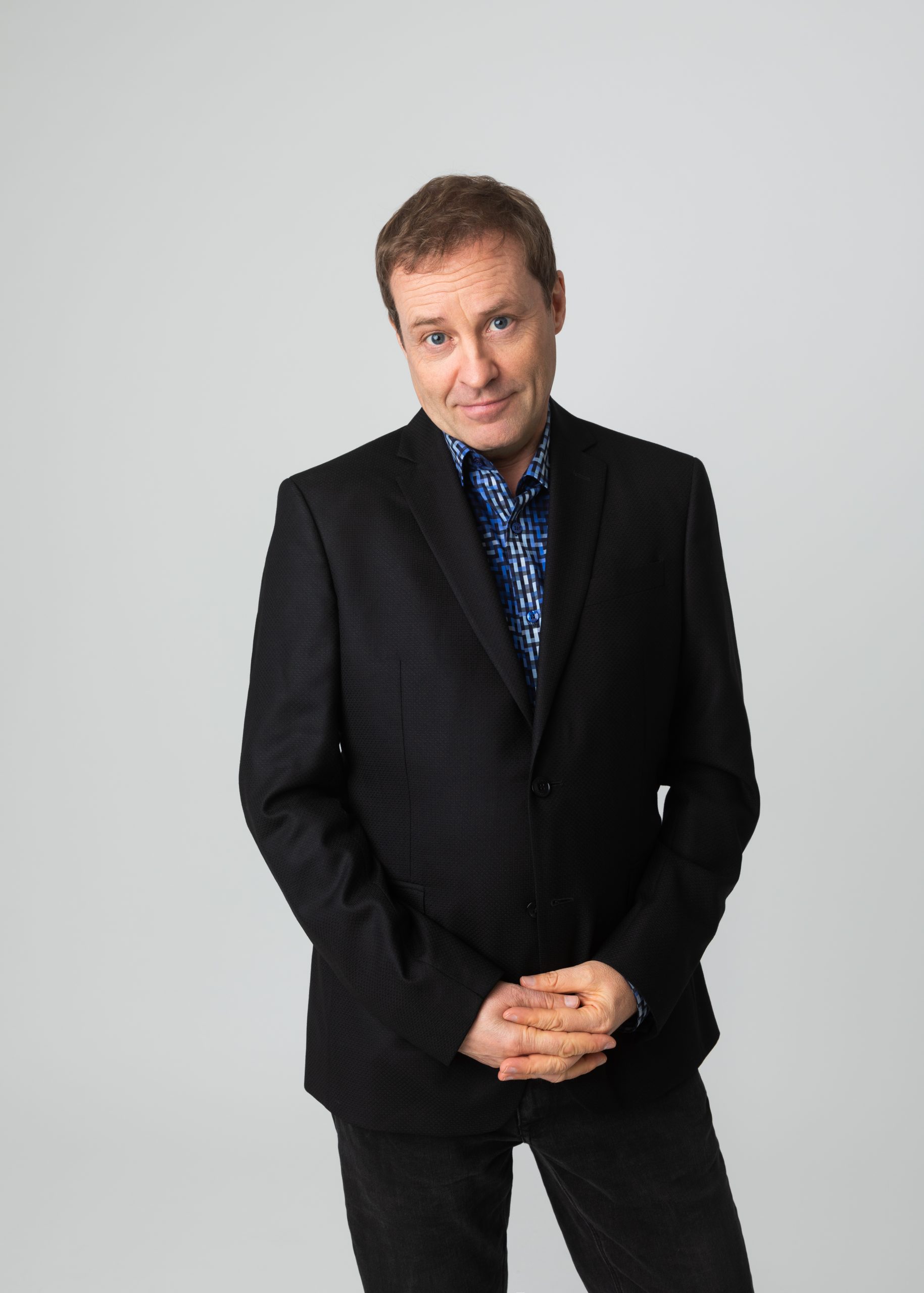